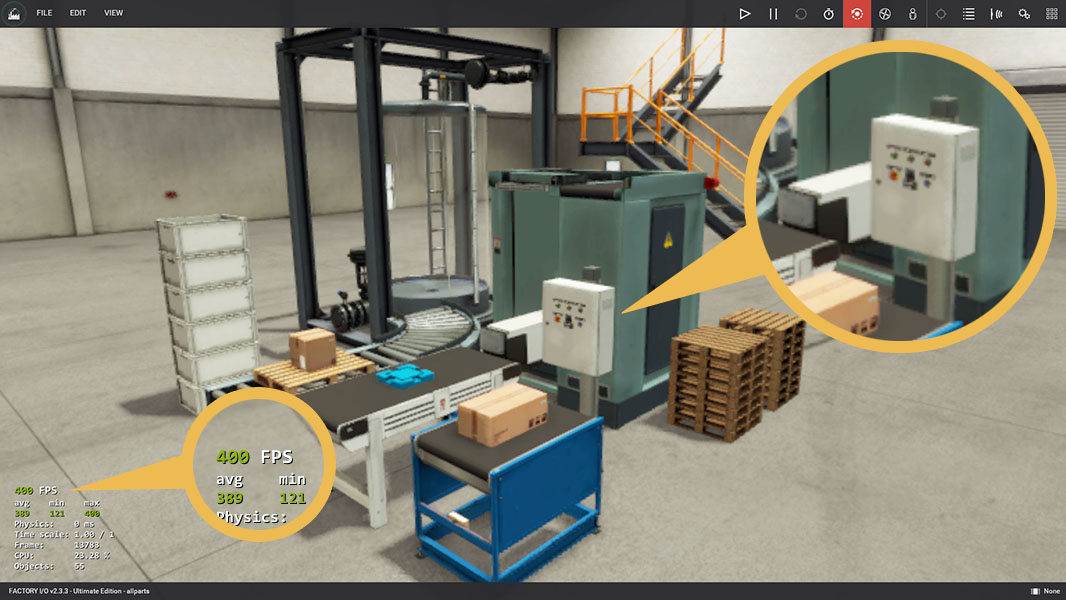 Scene loading time has been largely improved making it easier to work on large scenes. Switching from edit to run mode will now take only a fraction of time when compared to previous releases. Driver window performance is also vastly improved when loading and displaying a large number of I/O points.

Physics simulation has been heavily optimized allowing those looking to squeeze out every drop of performance from Factory I/O to simulate even larger scenes. Physics accuracy and stability have also been improved, no more pallets twisting on roller conveyors! Factory I/O v2.3 introduces the concept of time scale which allows a scene to be run at 0.1x (slow motion) up to 4x (fast forward).

We would like to extend our gratitude to all of the amazing users who contributed with invaluable feedback to the 2.3 release.

Scenes loading time has been greatly improved. This is especially noticeable when working on large scenes.

Switching from edit to run mode is now faster than ever, making easier working with large scenes.

Physics simulation has been heavily optimized allowing larger scenes to run at a fraction of the cost.

Version 2.3 introduces the time scale feature which allows you to slow down or fast forward the simulation up to 4x.

Driver window loading time and performance has been greatly improved.

Camera movement is no longer restricted by the warehouse, allowing greater flexibility when editing. 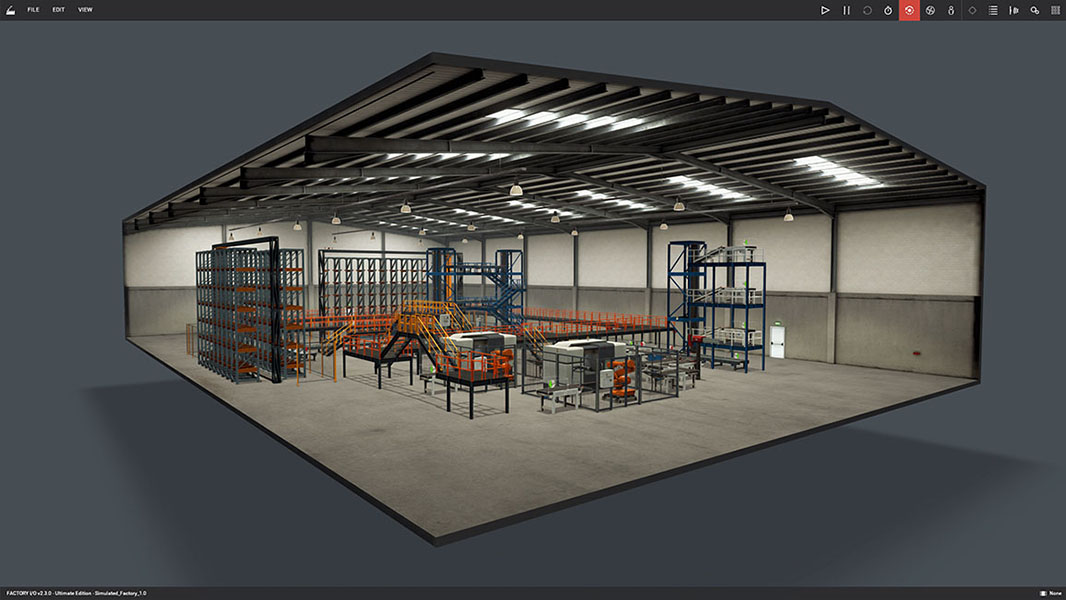 Two Axis Pick & Place: Arm and gripper can now rotate around the Z axis by 90° increments.

Aligners: Aligners now include a gizmo for finer positioning.